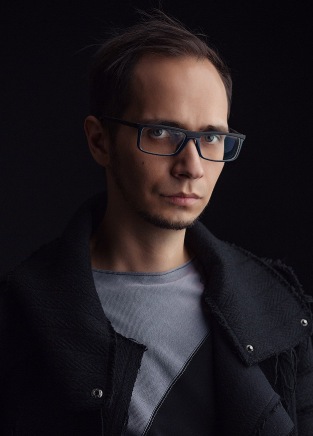 Pavel Khvaleev was born in Naberezhnie Chelni in Russia, on May 27, 1984. In 2004 he founded the music project Moonbeam with his brother Vitaly. During the following years Moonbeam became a famous international act in the world wide electronic dance scene. In 2000 they entered the DJ Magazine’s annual list of the world’s best DJs TOP 100!
The composer/filmmaker’s work has – to date – produced some of the most arresting, thought-provoking and (some might even say) challenging marriages of audio & video within electronic music. In 2015 Pavel Khvaleev debuted with his first full-length cinema as the director of the movie “III – The Ritual”. This film has been shown at film festivals from Berlin to Buenos Aires and was worldwide released on NETFLIX! In 2018 Pavel and his team took part in the legendary Sitges Film Festival, where their new movie “Involution” starring actors from the USA, Germany and Russia was screened.

Monomania Films was formed in 2017 by Pavel Khvaleev and Aleksandra Khvaleeva, and specializes in both foreign and independent films.